Home/Telehandler/JCB Telehandler for Sale
Previous Next

Considering a JCB Telehandler for Sale? Read on to learn about available models, get answers to common questions, and see units for sale near you.

What is a JCB Telehandler?

A telescopic handler, or telehandler, is a piece of machinery usually used in warehouses, storage units, and on construction sites. Much like a forklift, it serves to lift and move heavy loads such as pallets from one spot to another.

What makes a telehandler unique is its ability to do these tasks in tight spaces such as storage units. To do this, they need to be equipped with pinpoint turning mechanisms and powerful hydraulics.

JCB is one of the biggest manufacturers of construction equipment in the world. The company has produced top-quality equipment, including telehandlers, since 1945. Their work is so ubiquitous, in fact, that you might hear the acronym JCB used interchangeably as a term for an excavator or other equipment!

JCB telehandlers are some of the best quality pieces of machinery in the construction and shipping industries. These high-powered machines are made to lift and move extremely heavy loads and move smoothly through small spaces. They are sold and used throughout the world and known for their ruggedness, versatility, and precision.

What Telehandlers Does JCB Make? 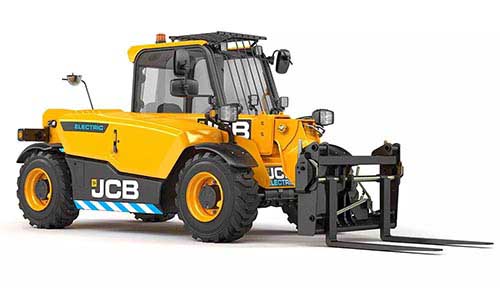 Engine tier: No engine; operates by a 24kWh battery 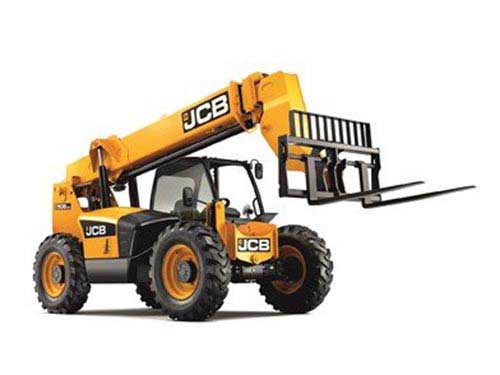 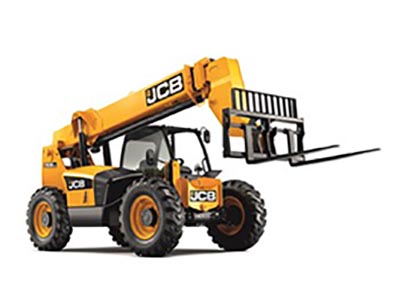 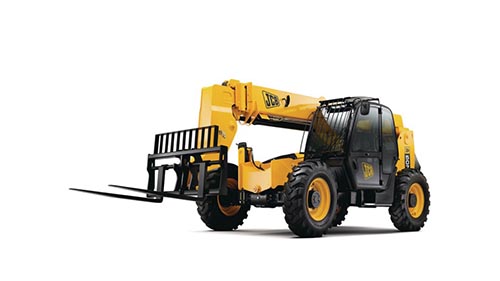 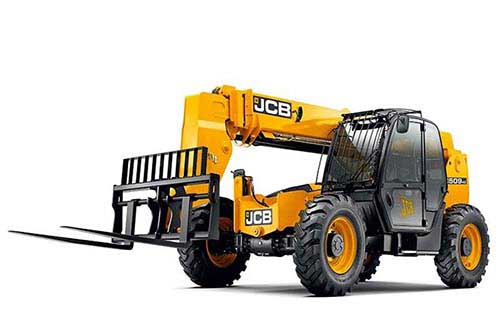 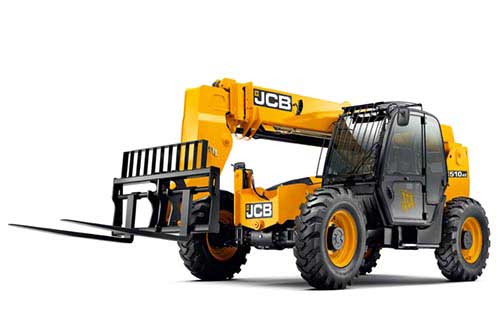 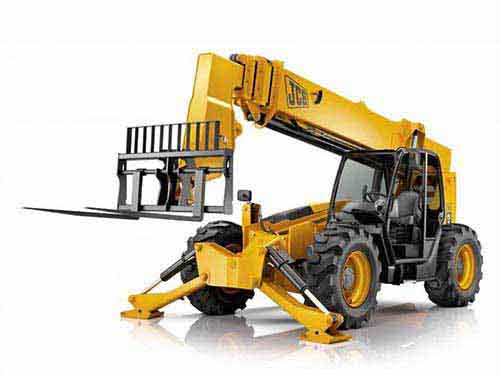 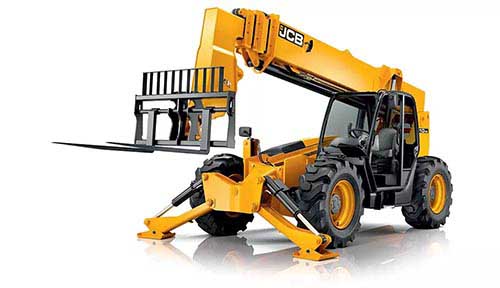 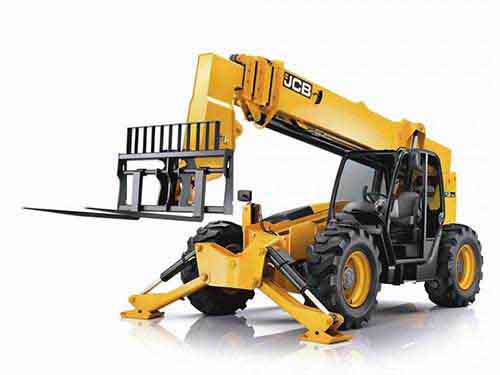 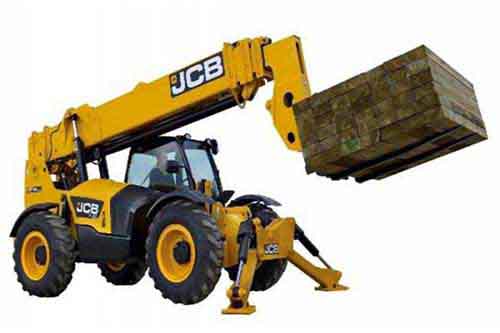 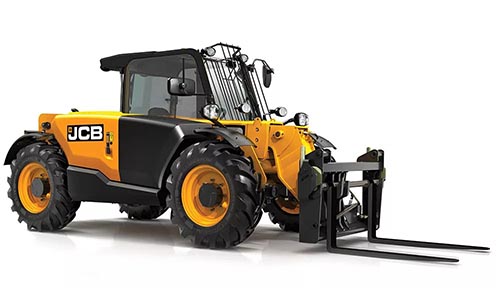 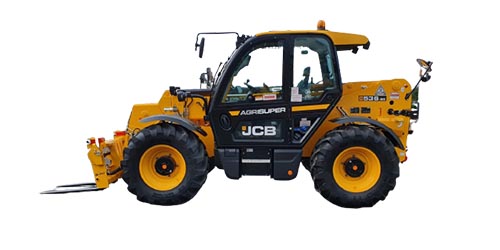 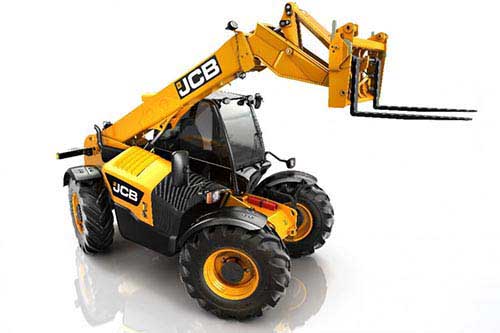 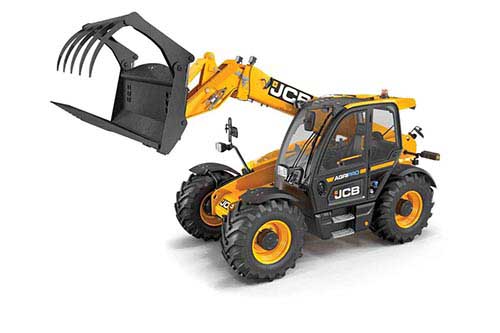 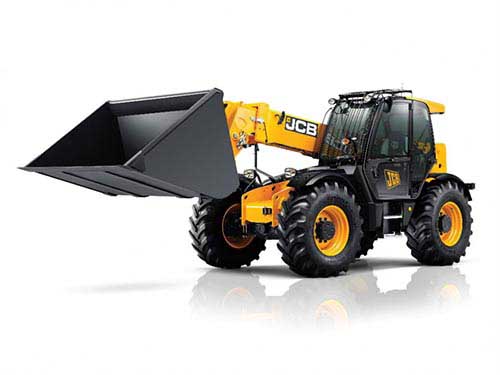 How much do JCB Telehandlers cost?

The cost of a JCB telehandler can vary widely depending on the model, lifting capacity, and other features. However, it shouldn’t come as a surprise that such a heavy-duty piece of machinery comes at a steep price.

If you are looking for a JCB telehandler for sale, you may want to look for a used one. Some websites sell used machinery at auction. Set prices are usually between $35,000 and $85,000, though there are always exceptions.

How much does a JCB Telehandler Weigh?

The weight of a JCB telehandler also varies significantly depending on the model. Some models favor compact size, while others are huge industrial pieces of equipment designed to move enormous loads. As a general rule of thumb, most models weigh between 15,000 and 20,000 lbs.

Some of JCB agricultural telehandlers are huge, much bigger than the industry average. The 560-80 AGRI is one of the biggest, weighing approximately 23,754 lbs. It has a maximum lift capacity of 12,000 lbs. and a shovel breakout force of 6.7 tons.

Where are JCB Telehandlers made?

While the corporation is based in the United Kingdom, JCB’s North American manufacturing facility is headquartered in Savannah, Georgia.

JCB’s main holding company is Bamford Family Interests, with ties to the United Kingdom and the Netherlands. The current chairman is Anthony Bamford, son of the company founder Joseph Cyril Bamford.

Click here to find used JCB Telehandlers for sale near you.