Home/Telehandler/Dieci Telehandler For Sale
Previous Next

Are you in the market for a telehandler? Looking for the right Dieci telehandler for sale? Dieci is an Italian company that manufactures its products in the same region of Italy where the luxury car brands Maserati and Ducati are based. Below, you’ll find a comprehensive set of answers to common questions about telehandlers, and important information about each of their machines.

What is a Dieci Telehandler?

A Dieci telehandler is a brand of telehandler, and a telehandler is a forklift truck with a telescopic arm. This vehicle is sometimes called a reach forklift, and that name is a good description of its purpose: it can lift loads with its arm at a distance, allowing it to move objects to and from areas that a typical forklift can’t reach. Telehandlers can have a wide range of arm attachments for carrying different loads, making them a cost-effective solution that takes on the tasks of multiple machines for the price of one.

Telehandlers have a wide range of uses, but their most common applications are in the agriculture and construction industries. People often use a telehandler for tasks like moving high stacks of hay bales from a truck bed into a barn or moving bricks from the ground level up to a scaffold where they are needed.

Dieci telehandlers can travel over rough terrain and have sturdy tires. Their biggest limitation is that as they extend their telescopic arm, the load capacity that they can safely hold without tipping over decreases drastically because the load gains more leverage the farther away it is. Telehandler operators can use lift tables to figure out if it’s safe to lift a certain load at a particular angle.

Dieci telehandlers have met with generally favorable reviews, and the aspects of them that owners praise the most are the spacious cab and the smoothness of the hydraulic arm’s operation. Owners also report that Dieci telehandlers are smooth and comfortable to drive.

The most serious issue that’s been reported about a Dieci telehandler is that its hydraulic boom tends to cut out and stall when it gets overloaded. Some owners also reported that a ventilation grill on the front of the machine used for an engine cooling pack tends to get clogged with mud in dirty conditions. A minor issue that one owner of a Dieci telehandler complained of is its lack of an intermittent windshield wiper.

What Telehandlers Does Dieci Make?

Here’s a list of the telehandlers that Dieci makes and the most relevant info about each: 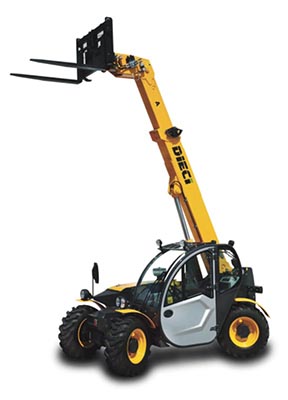 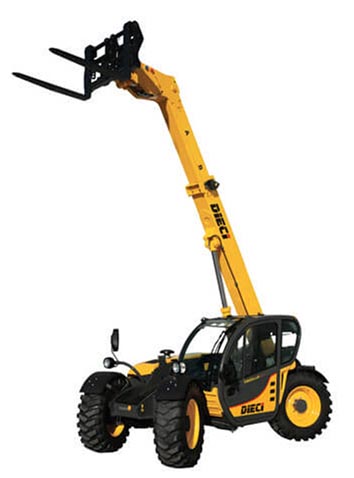 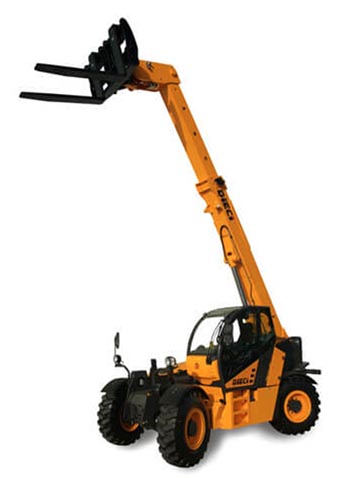 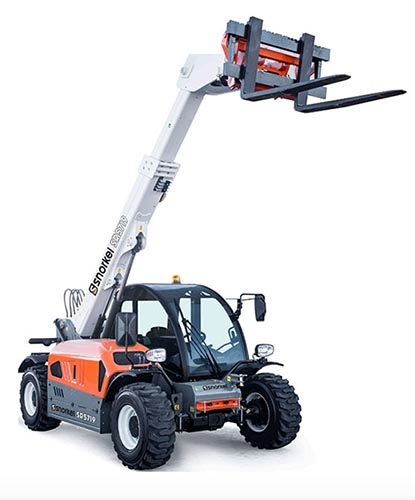 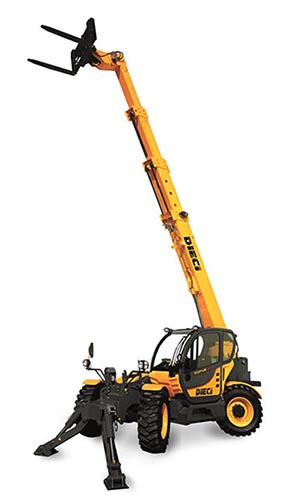 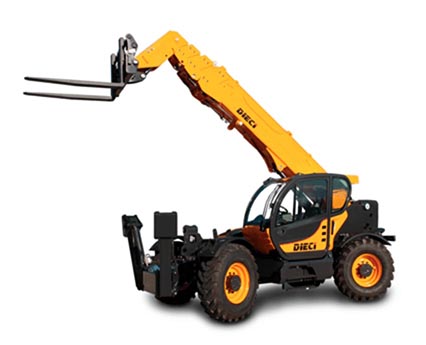 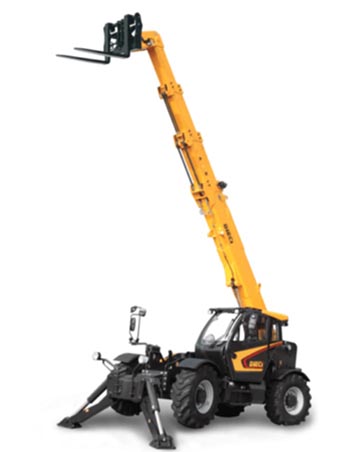 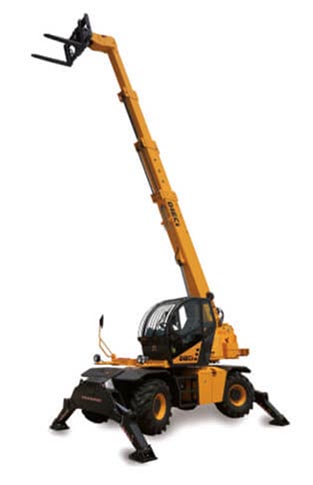 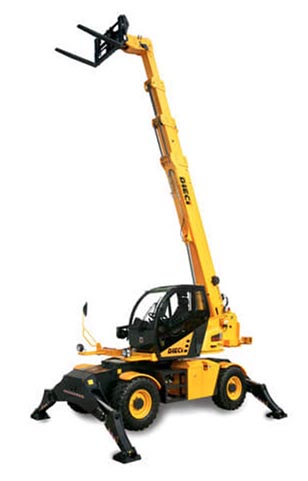 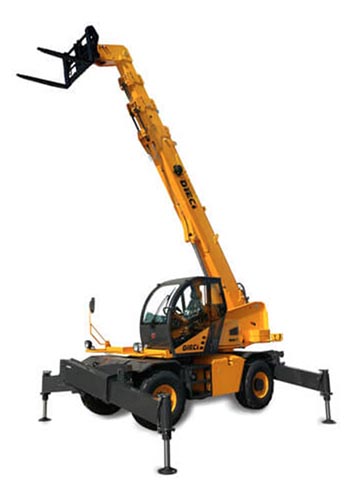 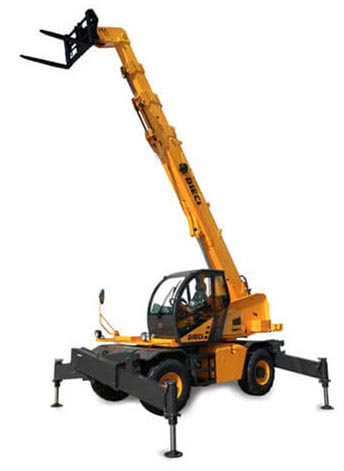 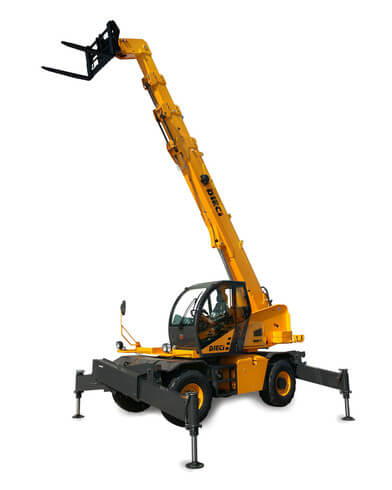 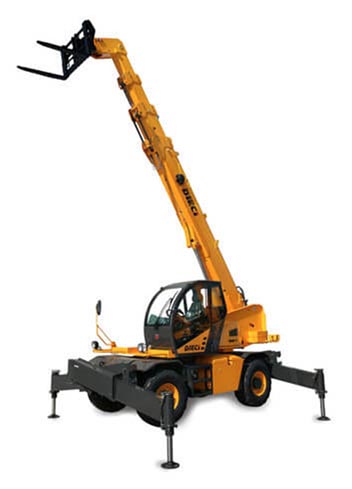 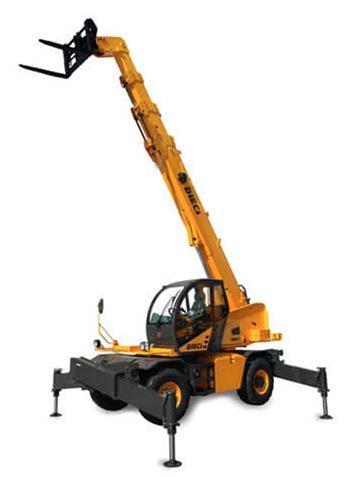 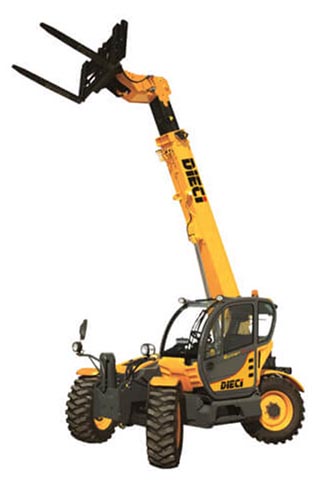 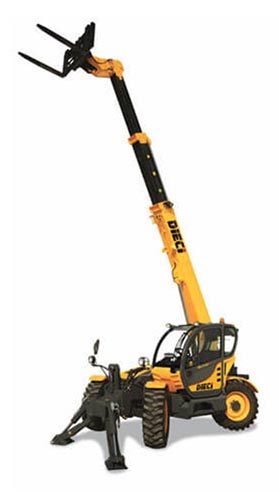 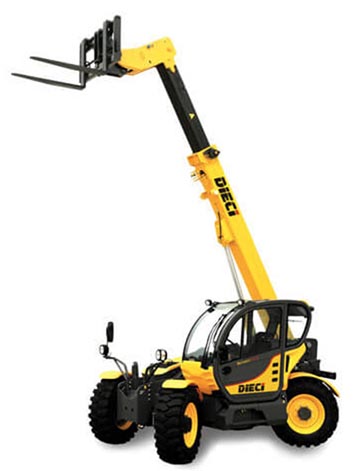 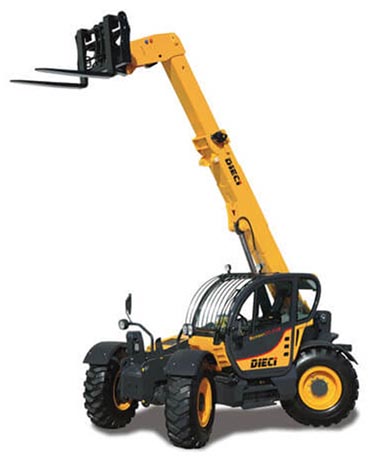 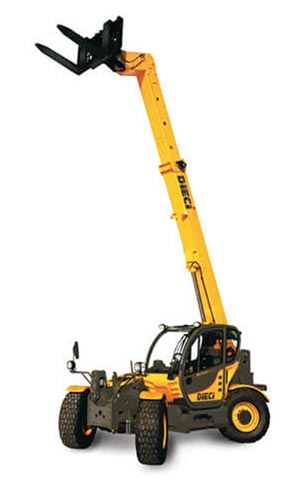 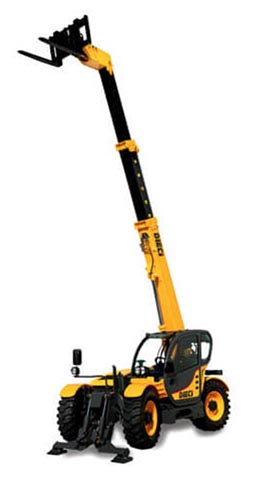 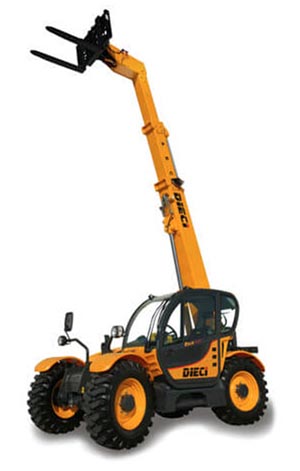 How Much do Dieci Telehandlers Cost?

Telehandlers vary in size, boom length, and lift capacity, so they vary in price as well. A completely new Dieci telehandler for sale costs, on average, around $180,000, and a used Dieci has an average cost of $100,000.

How Much Do Dieci Telehandlers Weigh?

Telehandlers vary greatly in size and power, so it makes sense to group their weights into two basic tiers.

The first tier of machines, which includes smaller ones like the Dedalus 7.20, has an average weight of 17000 pounds.

Machines in the second tier weigh 35000 pounds on average.

The Pegasus telehandler is the largest telehandler on offer from Dieci with a considerable six-story maximum height. Its boom can function as a crane or an aerial platform.

Where are Dieci Telehandlers Made?

The Dieci factory is in Montecchio Emilia, Italy. The company imports parts from commonly known companies like Iveco, Deutz, and Dana, then assembles the machines, shipping them internationally.

Dieci’s parent company is called Seconda Srl, which owns various kinds of businesses in Italy. Its CEO is Ciro Corregi, who began at Dieci in 1997. DIeci was originally founded in 1963.

Looking to buy a Dieci Telehandler for sale? Click here to see units for sale.